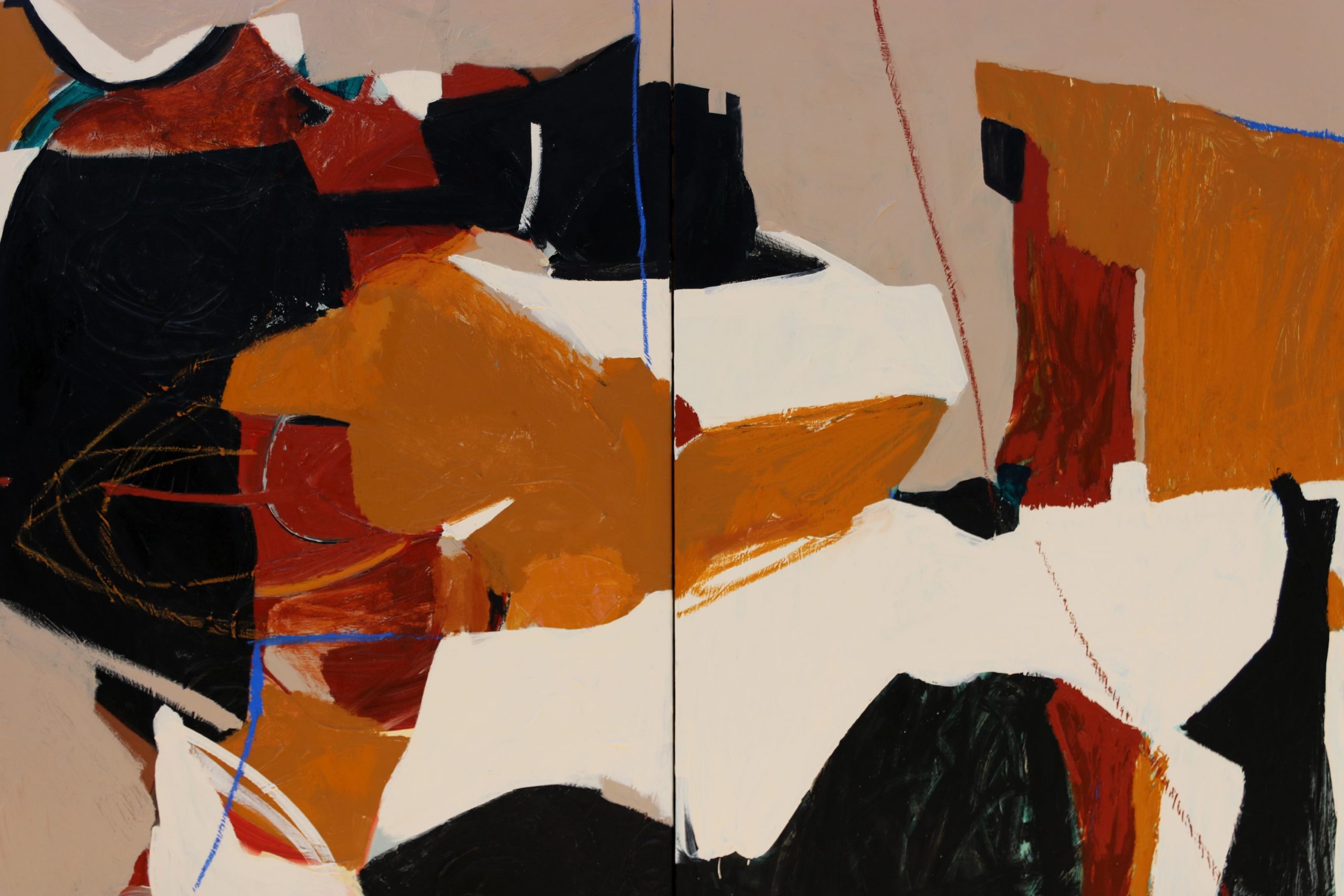 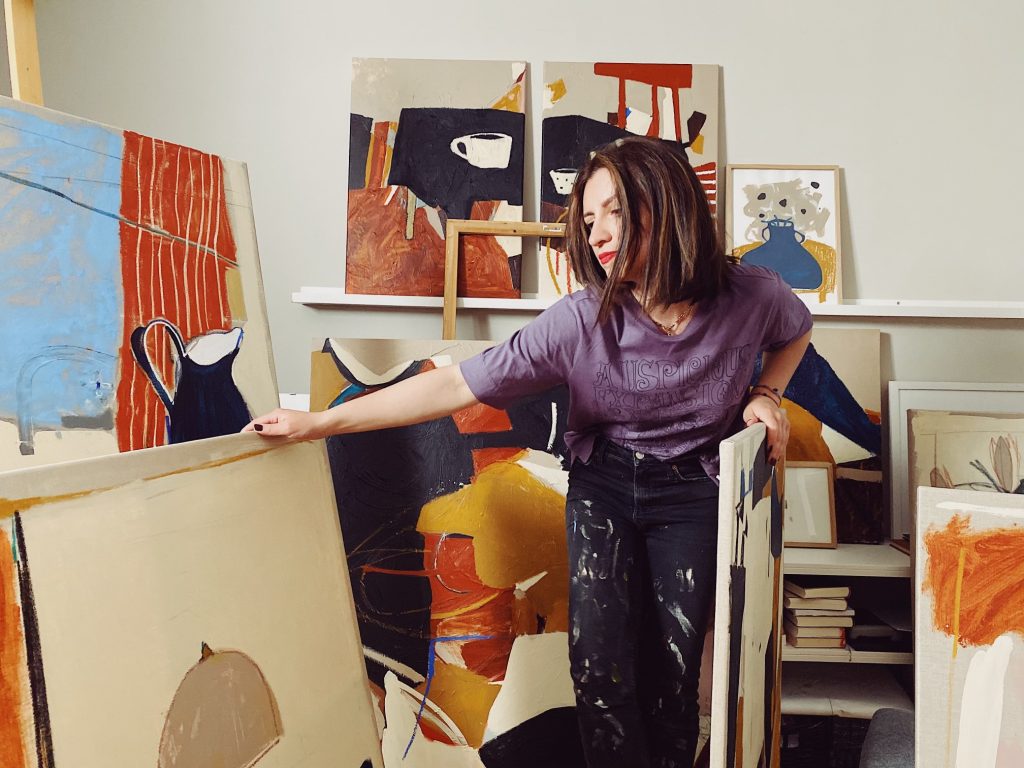 Aliya lives and works in Munich, Germany. In 2011 she graduated from the Art Academy in Lviv, Ukraine, with a master's degree. She slowly discovered abstract and linear art for herself, after she became a mother and this preference for abstraction in her art is increasing ever since. This evolution in her work is rooted in Aliya‘s belief that even life is easier to understand in an abstract manor. Meaning that one's thinking process should consist of successfully omitting any irrelevant details and therefore moving on to the core of something more general and simple. With the desire to put her feelings onto the canvas she transforms the invisible to something visible and tangible. This artistic progress has helped her to finally free herself from her academic work. According to the motto: "Vita Brevis, Ars longa" (life is short, art is long/eternal) Aliya paints and devotes herself to painting every day. In her current work, whether on paper or canvas, she expresses herself and her feelings through an unmistakable merging between love and melancholy. Often in the form of portraits, figures and lines. 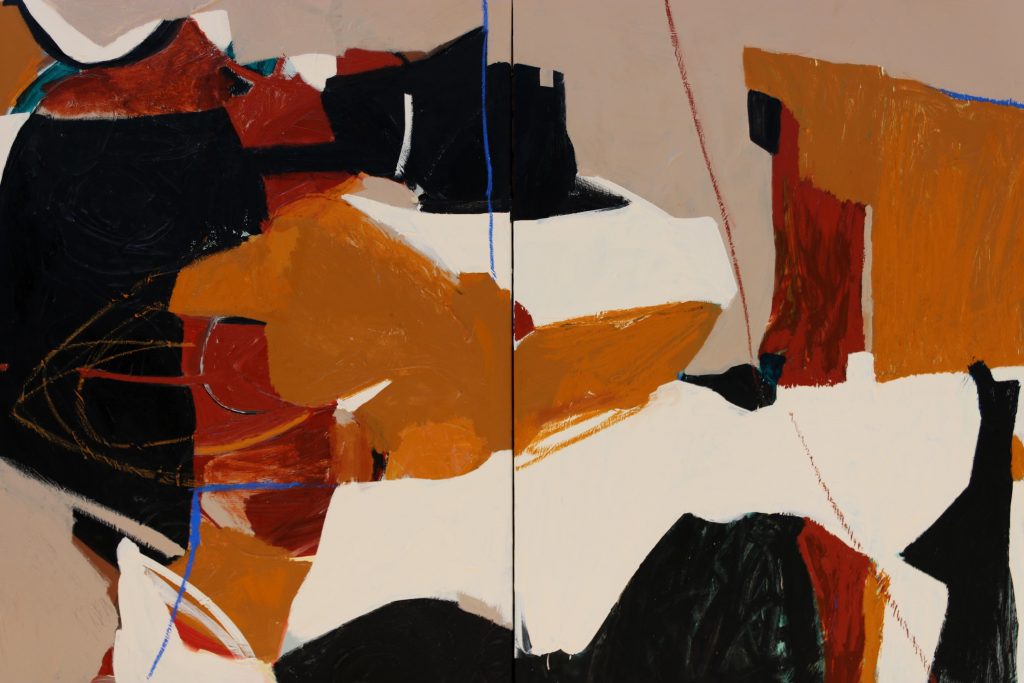 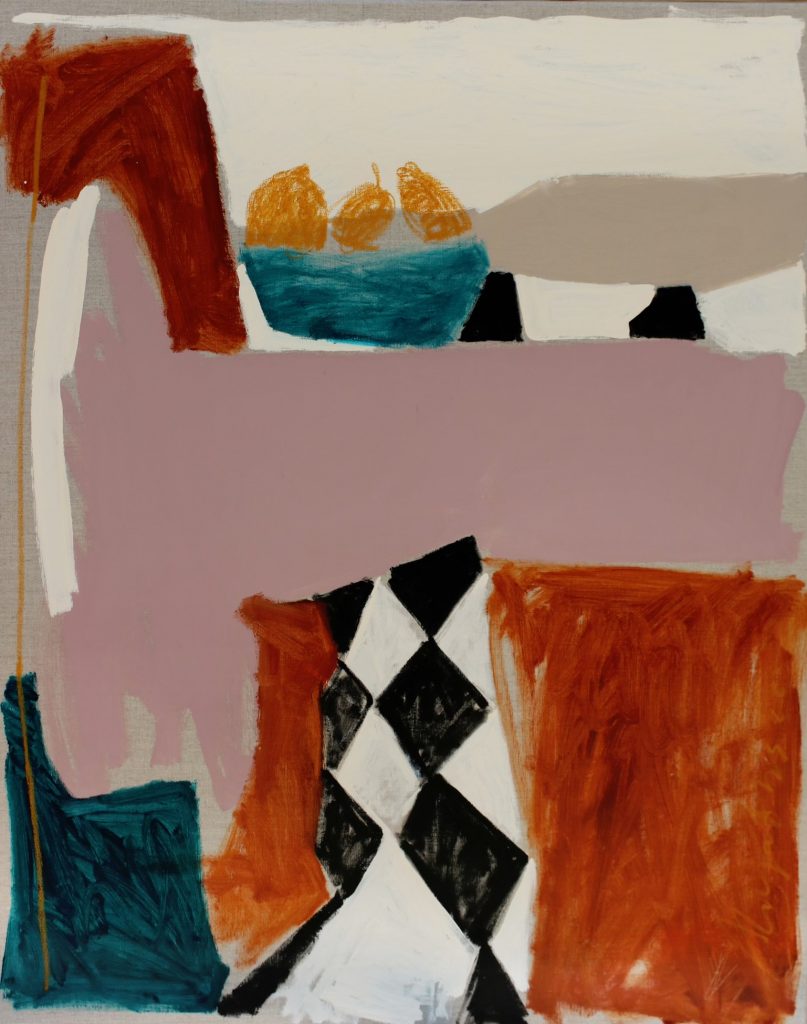 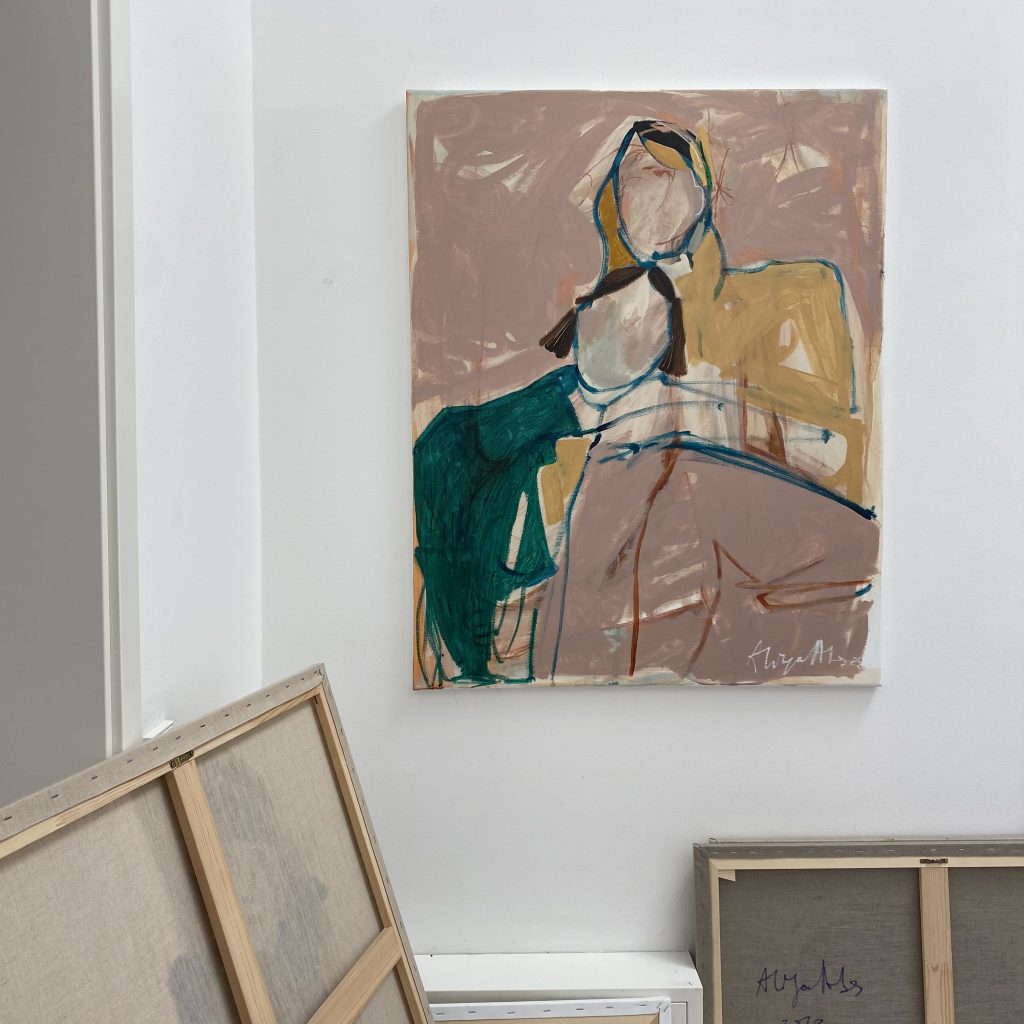 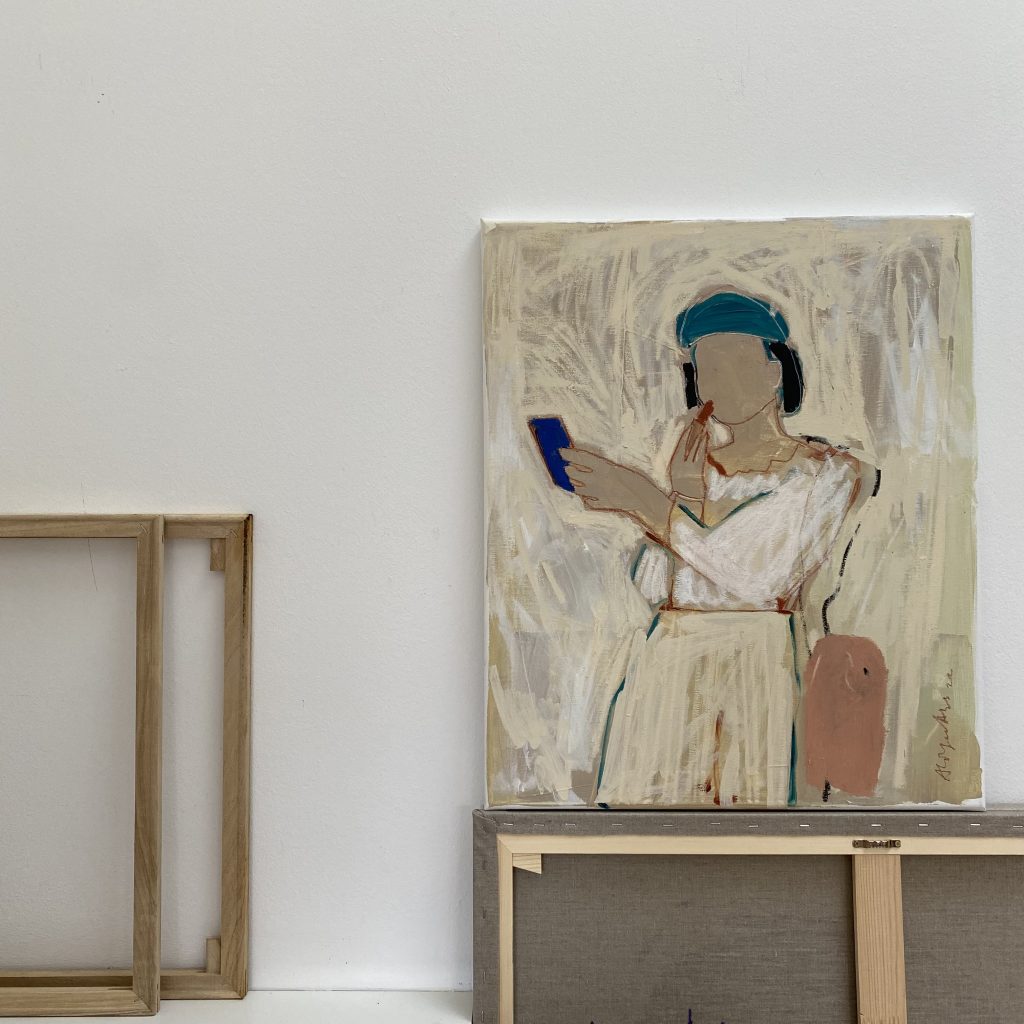 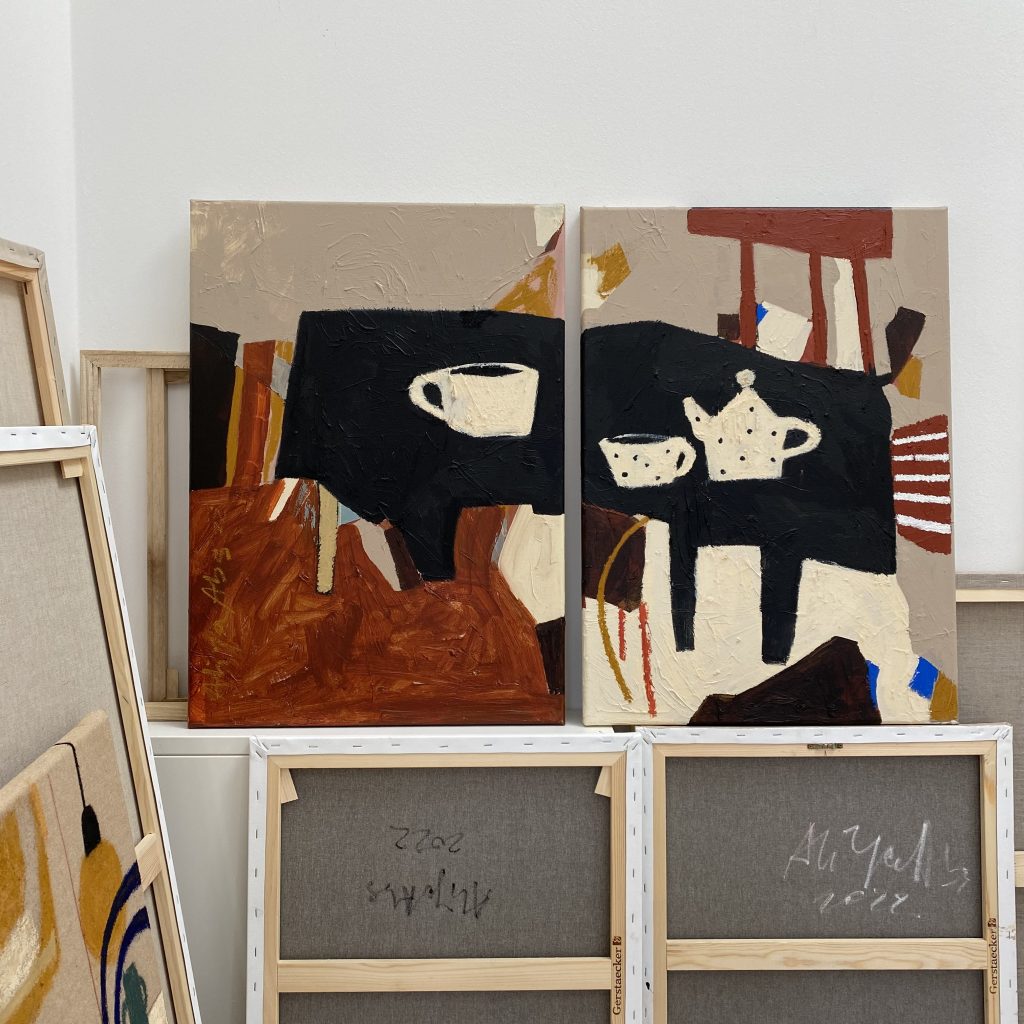 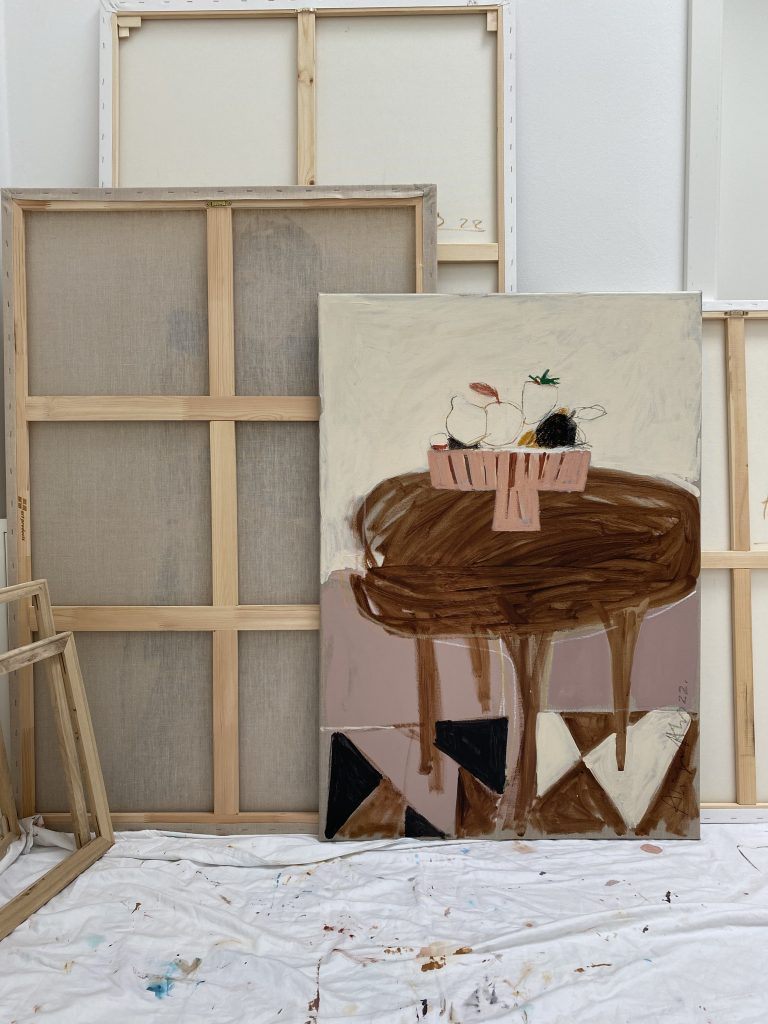